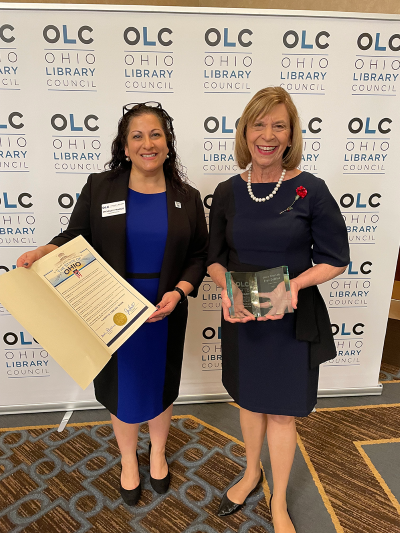 Mrs. DeWine was recognized for her efforts to improve early childhood literacy and for expanding the Ohio Governor’s Imagination Library across the state.

“Ohio is lucky to have a First Lady who is so passionate about Ohio’s children and literacy,” said Michelle Francis, Executive Director, Ohio Library Council. “We were happy to partner with Mrs. DeWine and her team when the program was first introduced. Our libraries take every opportunity to encourage families to sign up, often during storytimes and Kindergarten readiness programs. We share the same goal of helping children discover a love for reading.”

“Senator Hottinger has been a champion for public libraries and has recognized the essential role they play in communities across the state,” said Michelle Francis, Executive Director, Ohio Library Council. “He was instrumental in ensuring public library funding in the last state budget and worked to secure funds so that libraries could continue to provide services and operate safely during the pandemic. Senator Hottinger’s commitment to quality public library service in Ohio exemplifies the true spirit of Andrew Carnegie, the father of the modern public library.” 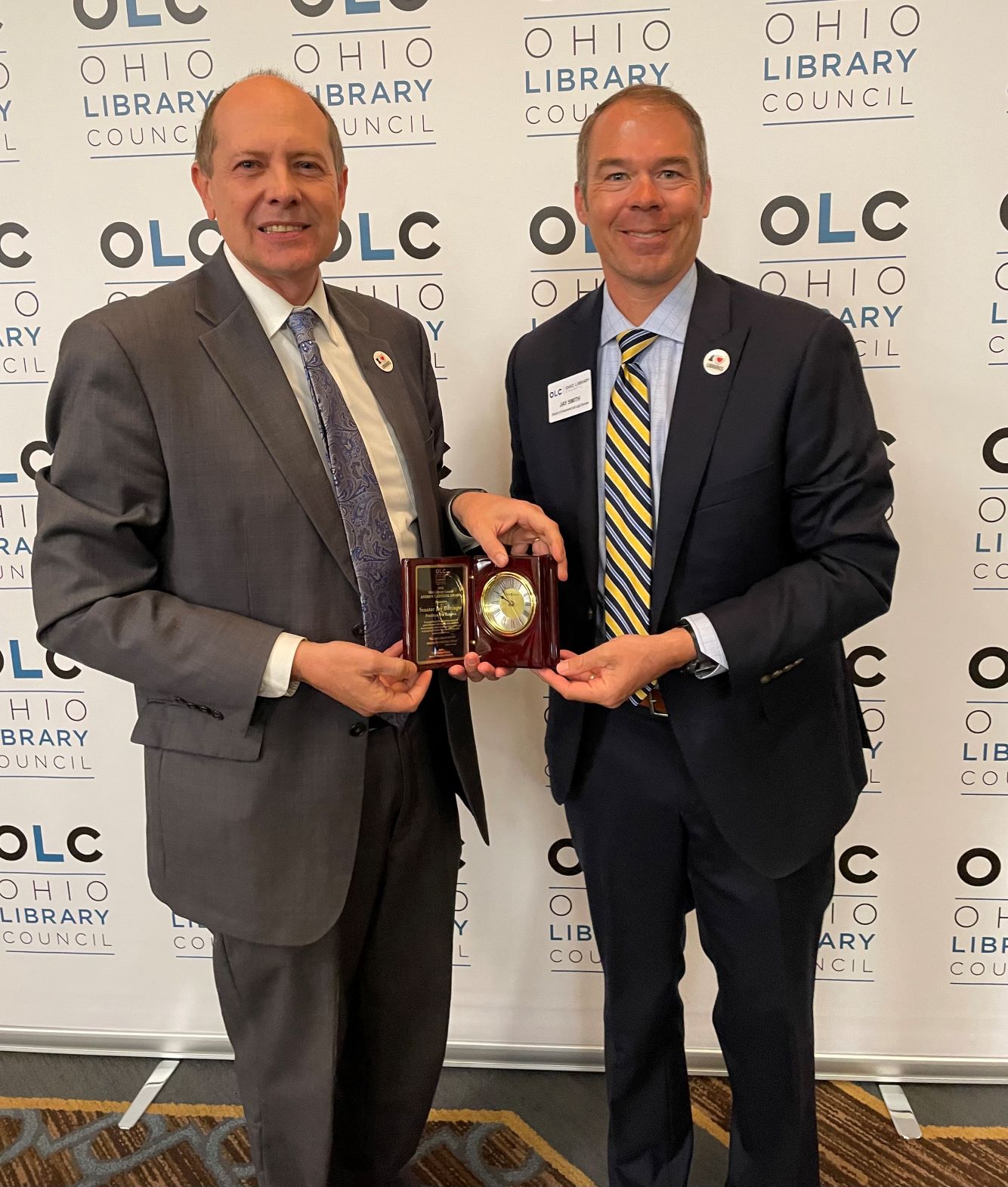 Throughout the day, library administrators and supporters visited with members of the Ohio General Assembly. They discussed the many ways libraries help their communities, especially over the past two years, from distributing Covid testing kits to loaning WiFi hotspots. Right in the middle of National Library Week, this event was a great way to show how Ohio’s public libraries connect their communities through the services, programs, and expertise they offer. Ohio’s public libraries enjoy the highest library use per capita in the nation with more than 8.4 million cardholders. 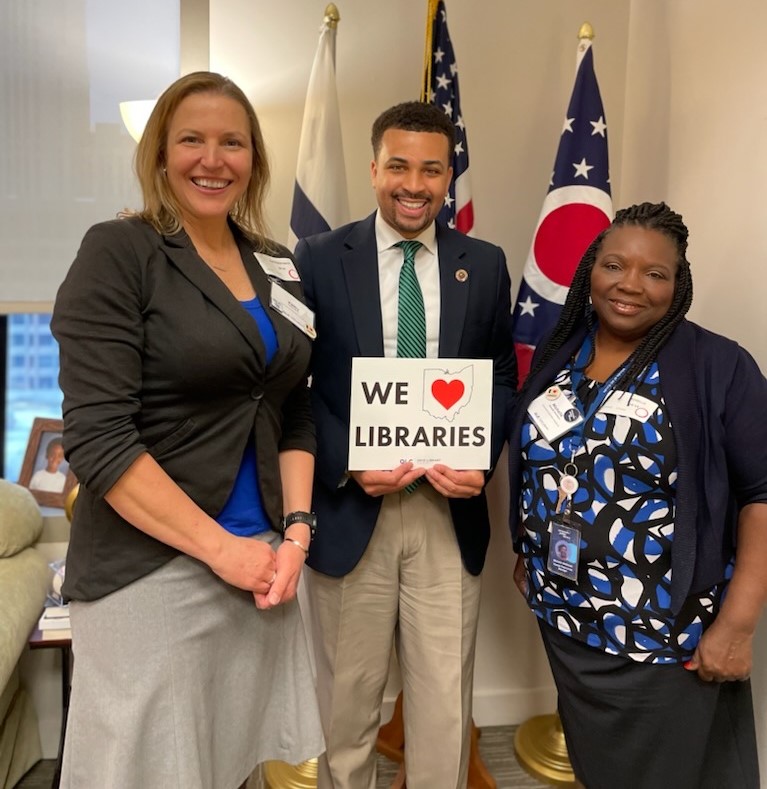