George Needham has dedicated his life to the library profession, not only through his professional work but, perhaps more importantly, by being a mentor and library leader to many as they enter and grow in the profession.

The library profession has benefited from Needham’s leadership throughout his career. He has been a library director, a State Librarian (Michigan), Executive Director of a Library Association (PLA), Vice-President at OCLC, and even worked at OLC (Member Services Director when the organization was called the Ohio Library Association). He has truly worked in every capacity of librarianship. No matter what his role, Needham continues to learn and continues to give back. He actively participates in local, state, and national organizations as evidenced by his work with the Central Library Consortium (CLC), Ohio Library Council (OLC), American Library Association (ALA), and Public Library Association (PLA). In each of these organizations, he has served on committees as well as made numerous presentations over the years. Needham has also made significant contributions to Library Leadership Ohio and ILEAD USA.

It is not just to library organizations to which Needham is committed. The list of organizations and programs he and the Delaware County District Library (DCDL) support is extensive – he plays an active role in People in Need of Delaware County; is an active member of the Delaware County Rotary Club; and assists with the Ohio Wesleyan University Lifelong Learning Institute. He believes in people, allowing his staff and others to try new things and because of this belief DCDL has supported several start-ups, such as Patron Point, a marketing automation platform for public libraries and Pellucent Technologies, which allows patrons to connect with their library through their Alexa or Google Home devices.

Needham is a true advocate for libraries and those who work in them. For his dedication to the profession, his lasting legacy through his work, his impact on library services and culture, and for his mentorship to those in the profession, Needham has been selected for the 2022 Hall of Fame Librarian Award.

Librarian of the Year 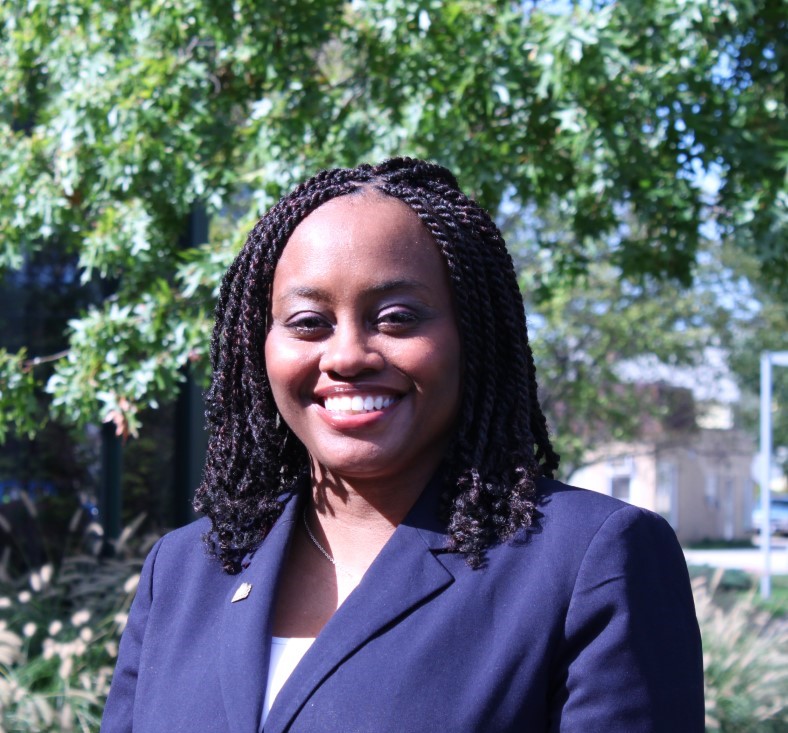 Kacie Armstrong is a well-respected leader who inspires her colleagues, embodies grace under pressure and empowers staff to reach their full potential. During the pandemic, Armstrong’s diligent efforts with print campaigns, programming, and computer access led to a considerable increase in reporting of hard-to-count sections of Euclid for the 2020 Census.

To address the learning loss caused by the pandemic, Armstrong partnered with College Now Greater Cleveland, Euclid City Schools, and local parochial and private schools to develop academic readiness programs at the library. She even secured Euclid Public Library as an ACT/SAT Boot Camp site. Armstrong worked closely with Euclid’s mayor, Police Athletic League, and other organizations to provide engaging and enriching after-school activities for Euclid’s children and teens.

A tireless advocate for Ohio’s public libraries, Armstrong also champions recruitment and retainment efforts for African American librarians and other minorities. She often collaborates with library leaders and boards to develop new strategies for diversity, equity, and inclusion in public libraries. For efforts to identify and address socioeconomic disparities, bridge the digital divide, and increase access to social services in her community, Armstrong has been chosen for the 2022 Librarian of the Year Award. 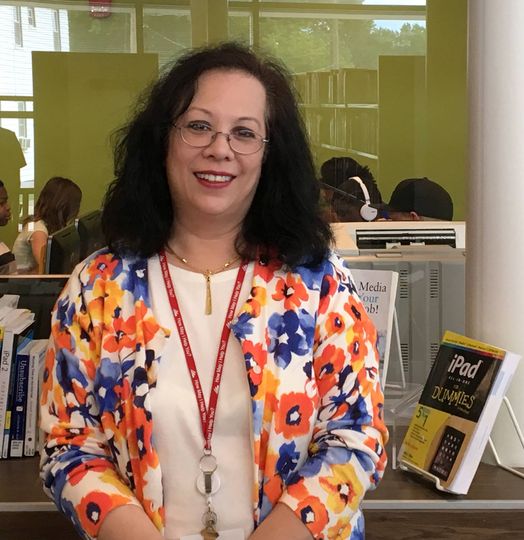 Laura Rosero sets the bar for customer service. She has worked as a Library Services Specialist at the Cincinnati and Hamilton Public Library (CHPL) for six years. During this time, Rosero has built many relationships with library customers and staff. It is not uncommon for her to reach out to customers who have not been in the library for a while to check in, and if needed, connect them to resources to help them out.

She runs a successful Classic Movie Matinee which has been replicated at other branches. Rosero has a wealth of knowledge around reader’s advisory and loves to help people find just the right book. She is also known for her thoughtful displays and ensures that diverse voices are heard year-round. Rosero was instrumental in creating the library’s extensive Asian and Pacific Islander book list.

Rosero served as the point person for a new collaboration between the library, GE Aviation, and the United Way to provide free tax preparation services at the library. She has also made CHPL’s partnership with the Reading Historical Society a success by always making sure they have everything they need for meetings and program promotions. For her excellence in library service and for her contributions to the community, Laura Rosero is the recipient of 2022 Service Excellence Award.

Trustee/Board of Trustees Award of Achievement 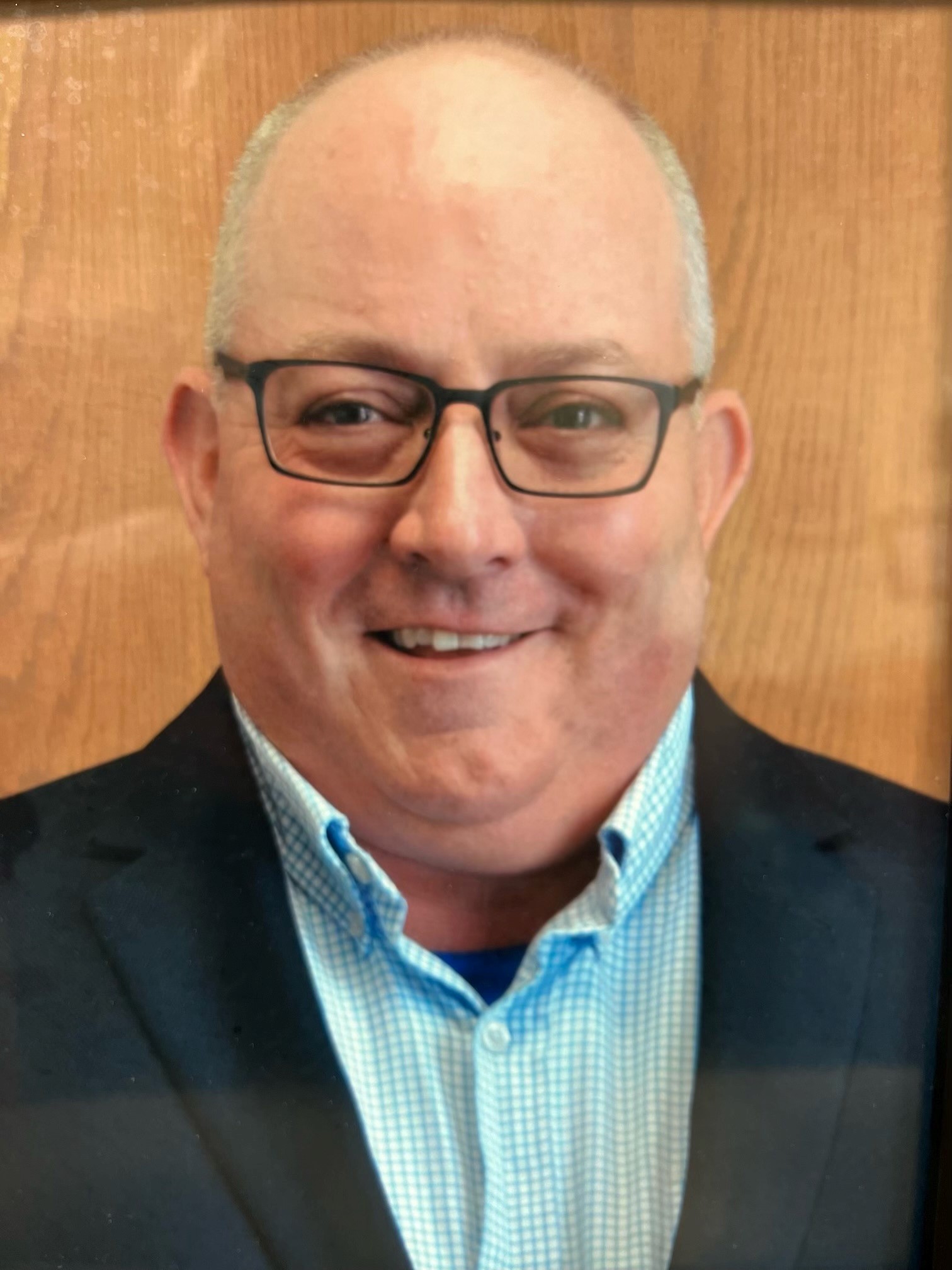 Robert Jenkins has demonstrated an exceptional level of commitment and service during his 32 years on the Bossard Memorial Library Board. A fourth-generation board member, his innovative programming ideas have provided community members with unique experiences in a rural community.

Jenkins was instrumental in bringing the world-renowned “The Bodies Revealed” exhibit to the library, as well as astronaut Garrett Reisman to speak to the public and all middle school students in the area. The latter is an example of his heart for Gallia County’s youngest residents. He works tirelessly to ensure that the library offers opportunities to “level the playing field” for youth from all walks of life.

Jenkins is a well-respected business leader in the community. He is an invaluable advisor on building projects, guiding the library through several major renovations. He has also played a key role in the success of two continuing library levies. Jenkins upholds the tenants of intellectual freedom and believes that everyone should have access to information. Under Jenkins’ leadership, the library obtained 300 mobile WiFi hotspots to help address the lack of internet access that exists in Gallia County. After three decades as a trustee, his enthusiasm and support of the library has not waned. Jenkins constantly strives to bring innovative programs and services to the library. Many people share knowledge, time and talent on local library boards, but what sets Jenkins apart is the way in which he connects with people and his genuine desire to help his community. 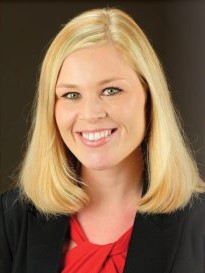 As a branch supervisor for Portsmouth Public Library, Taryn Mirabello embodies future leadership. Her employment with the library began as a clerk in 2012. Since that time, she has had a series of roles with increasing responsibility. In 2018, she became the Lucasville Branch Supervisor. Always eager to learn and achieve more, Mirabello enrolled at Valdosta State University in 2019 to pursue a master’s degree. During the 2020-2021 school year, she served as Vice President of Valdosta State University’s Student Organization of Library and Information Science (SOLIS). Mirabello will receive her degree soon.

On a daily basis, Mirabello works hard to ensure that the Lucasville community has access to high-quality library services. Together with staff, she provide programs, materials and services for people of all ages and abilities. Mirabello was instrumental in the development of a sensory-inclusive storytime that welcomes adults with disabilities. This was the first library location in Scioto County to offer this type of programming and it was enthusiastically received by the community. For this and other work in her community, Mirabello was recently recognized with a “35 Under 35” award from her local newspaper and was selected to participate in the Leadership Portsmouth program, sponsored by the Portsmouth Area Chamber of Commerce.

Mirabello also writes articles for the local history newsletter, “The Time Traveler.” The articles have had a positive impact on the library by highlighting the unique resources and information that can be found in the Local History Department. Not only has she brought more people into the library, but she has also helped residents discover a rich history in which they can be proud.

For her future leadership potential and dedication to library service, Taryn Mirabello is the recipient of the 2022 Diana Vescelius Emerging Leader Award. 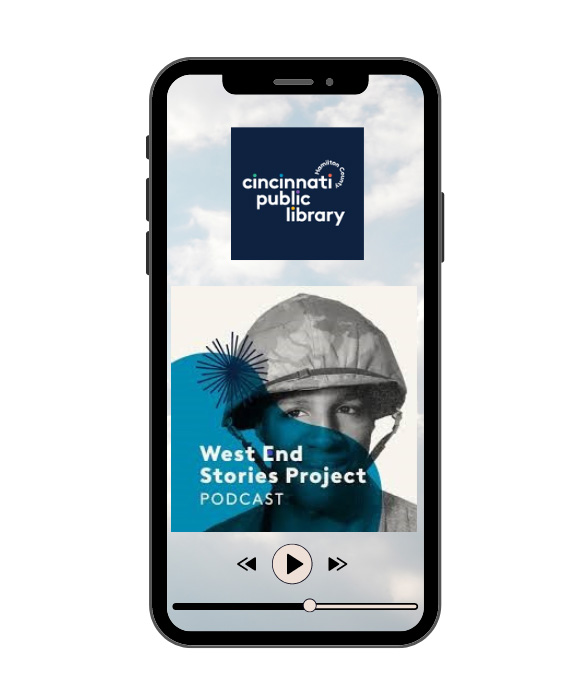 The West End Stories Project Podcast documents the history of Cincinnati’s West End neighborhood, a community that was broken up and divided by Interstate 75. By sharing the stories of former residents, Cincinnati and Hamilton County Public Library (CHPL) is preserving the neighborhood’s history and memories. It’s a powerful project that resonates with library staff and customers.

While a library podcast may not be particularly innovative, using the podcasting platform for an oral history project is. The West End Stories Project Podcast updates the idea of oral histories for today’s consumer. The goal was to make it more digestible for shorter attention spans. Fewer people are turning to blogs and general websites for information; rather they are looking for something that automatically shows up for them on their phone. The podcast is a modern way to record, share, and preserve this kind of content.

The West End Stories Project may be one of the only oral history podcasts produced by a public library. The project is multifaceted and includes blogging and digital preservation of photographs and documents. It thoughtfully preserves the stories and images from Cincinnati’s West End neighborhood, which was largely razed in the mid-twentieth century. Through podcasts, blog posts, and digital preservation via CHCPL’s Digital Library, the residents, homes, streets, buildings, and organizations that have been lost to redevelopment over the last 60 years are commemorated. Additionally, the individuals sharing their memories and the stories of others are taking an active role in the preservation process. Without their willingness to participate, these stories may have been lost forever. The project not only preserves the rich history of the area for present and future generations, but also serves as a resource for genealogists and researchers as well. 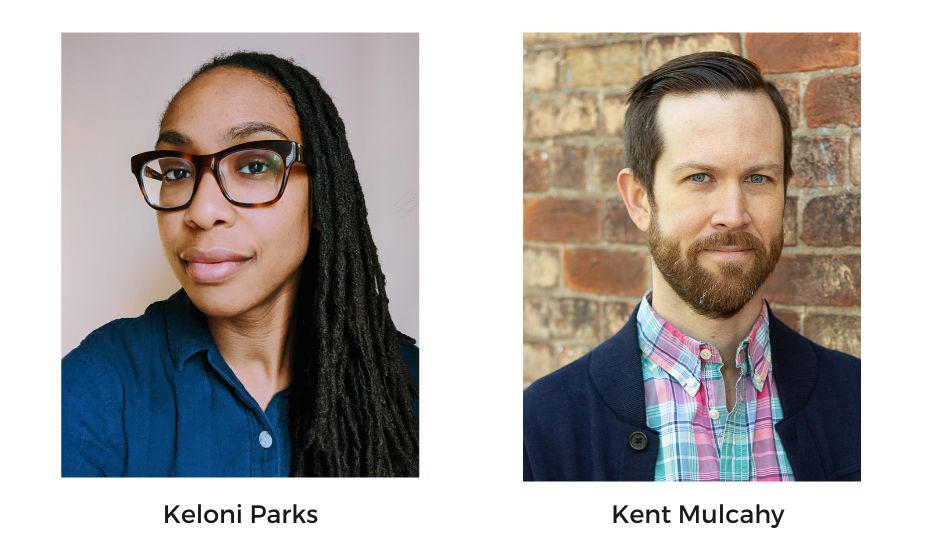 Citizen of the Year Award

When the Ohio Department of Health (ODH) purchased 2 million at-home COVID-19 testing kits in the winter of 2021, Gov. Mike DeWine’s goal was to make these rapid testing kits available and accessible in every county in Ohio. Recognizing that the library was the hub of the community, the Testing Team at ODH asked Ohio’s public libraries to play a critical role.

Over the past 18 months, Ohio’s public libraries have distributed more than 2.7 million at-home COVID-19 tests to library patrons — and the number continues to grow. Even today, Ohio library staff are still working to ensure their communities have access to testing.

This unique partnership would not have been possible without the hard work and dedication of the Testing Team at ODH. Their advocacy for public libraries, long hours, patience, and relentless support made this project a success for Ohio and a model for the rest of the country. Above all, the initiative provided a convenient place for Ohioans to access a COVID-19 test.

The OLC staff has received countless emails and phone calls from individual OLC members and public library directors asking OLC to honor and recognize the incredible work of the ODH Testing Team and these outstanding public servants.