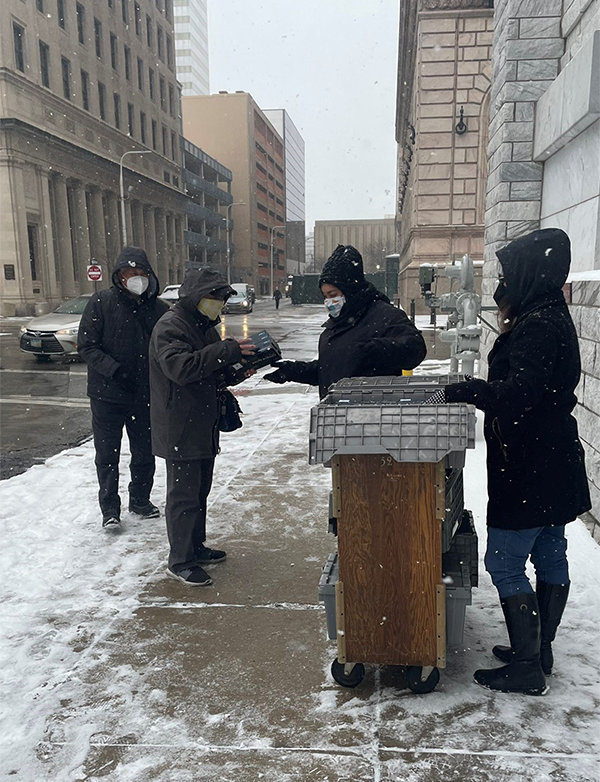 January 12, 2022 — Fueled by the pervasiveness of the delta and omicron variants, Ohio’s public libraries have seen a dramatic surge in the number of people requesting rapid, at-home COVID testing kits.

As a result, the state is pausing shipments to libraries and local health departments, until inventory and the supply chain have stabilized. ODH anticipates receiving shipments later this month. At this time, the state is prioritizing their supply of tests for schools (K-12 and higher education). When more tests become available, ODH will resume sending tests to libraries and local health departments.

Please note: libraries are not the only place in Ohio to obtain a test. 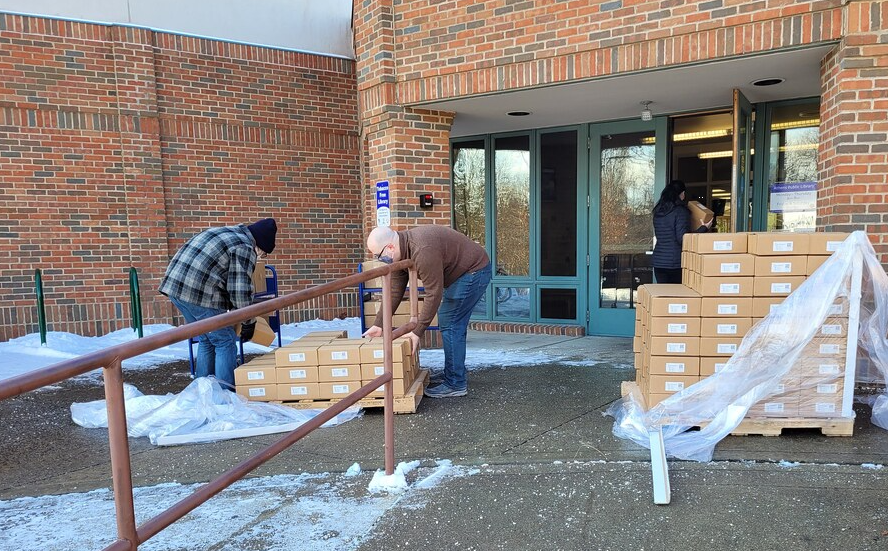 Athens librarians unload a shipment of 1,700 at-home Covid tests from the Ohio Department of Health. The library distributed all of these tests to patrons in one day.

Right now, there are other options for people seeking a test: Drive-through testing sites across the state — 12 of which are now open (as of 1/11/22). 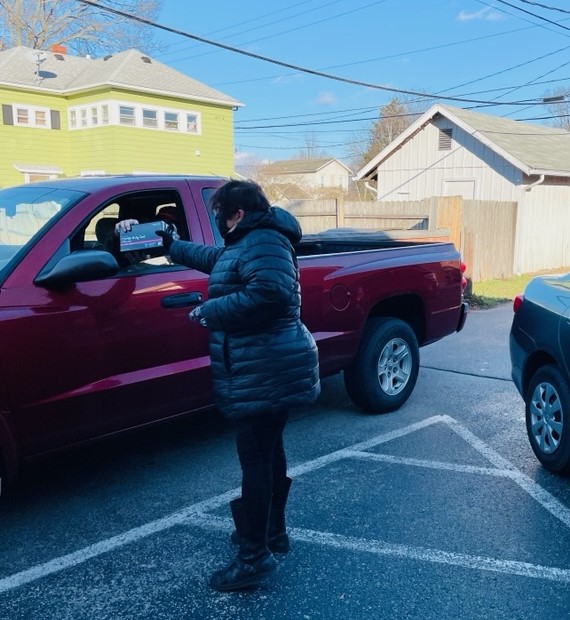 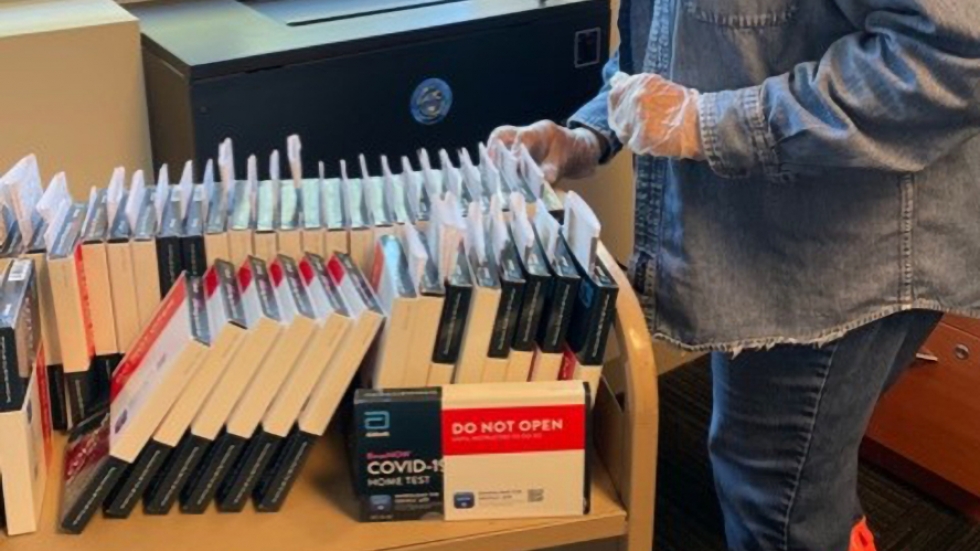 A staff member at the Cuyahoga County Public Library gets ready to hand out testing kits at the drive-through window. 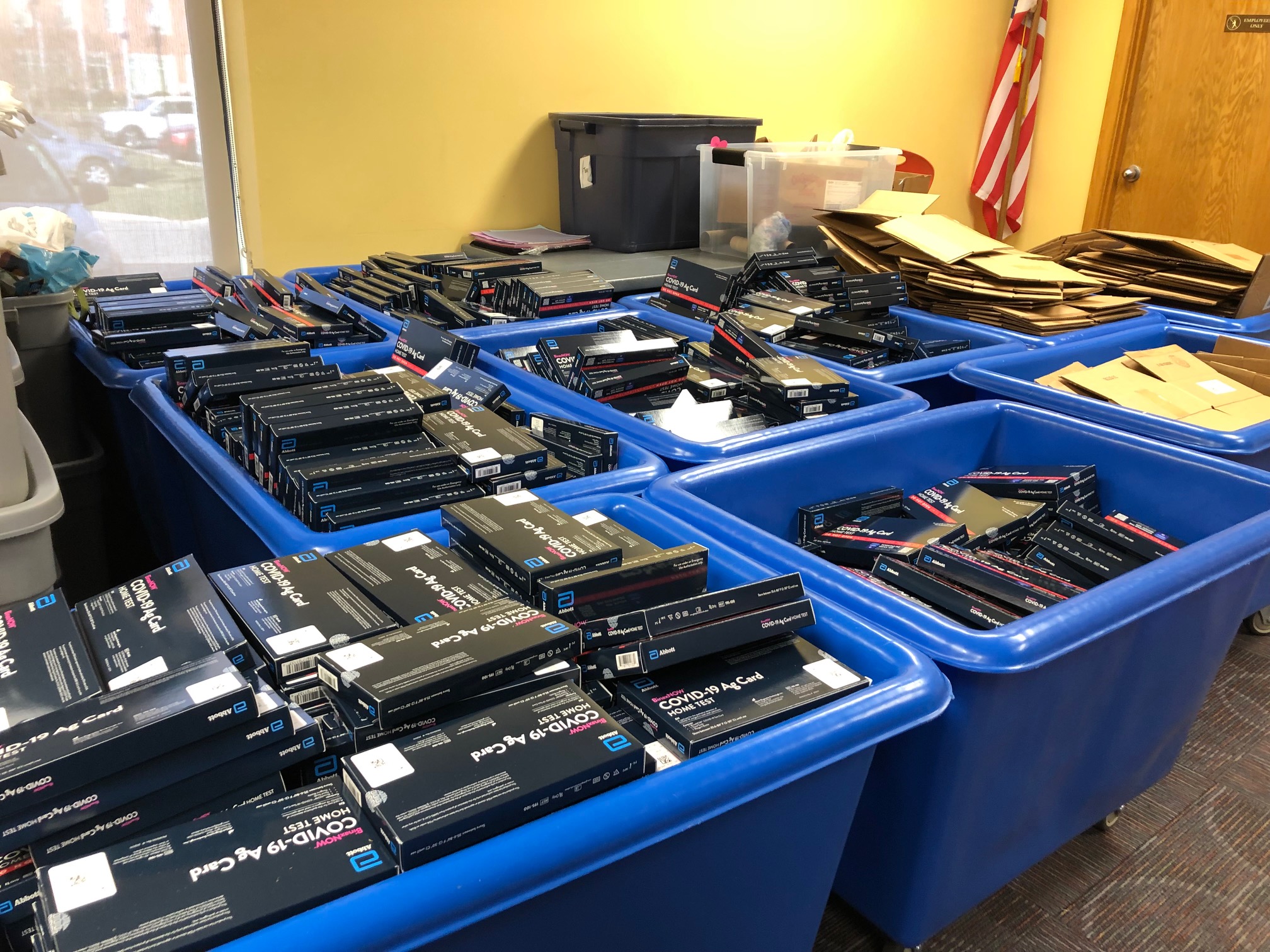